Bills HC Sean McDermott talks with reporters about the Patriots and their controversial touchdown before abruptly ending his press conference.

Bills head coach Sean McDermott was asked about the Bills’ frustrating loss to the Patriots. He responded with a strange 15-word response that makes it seem as if he is discrediting Bill Belichick. Read more in detail here: bills head coach. 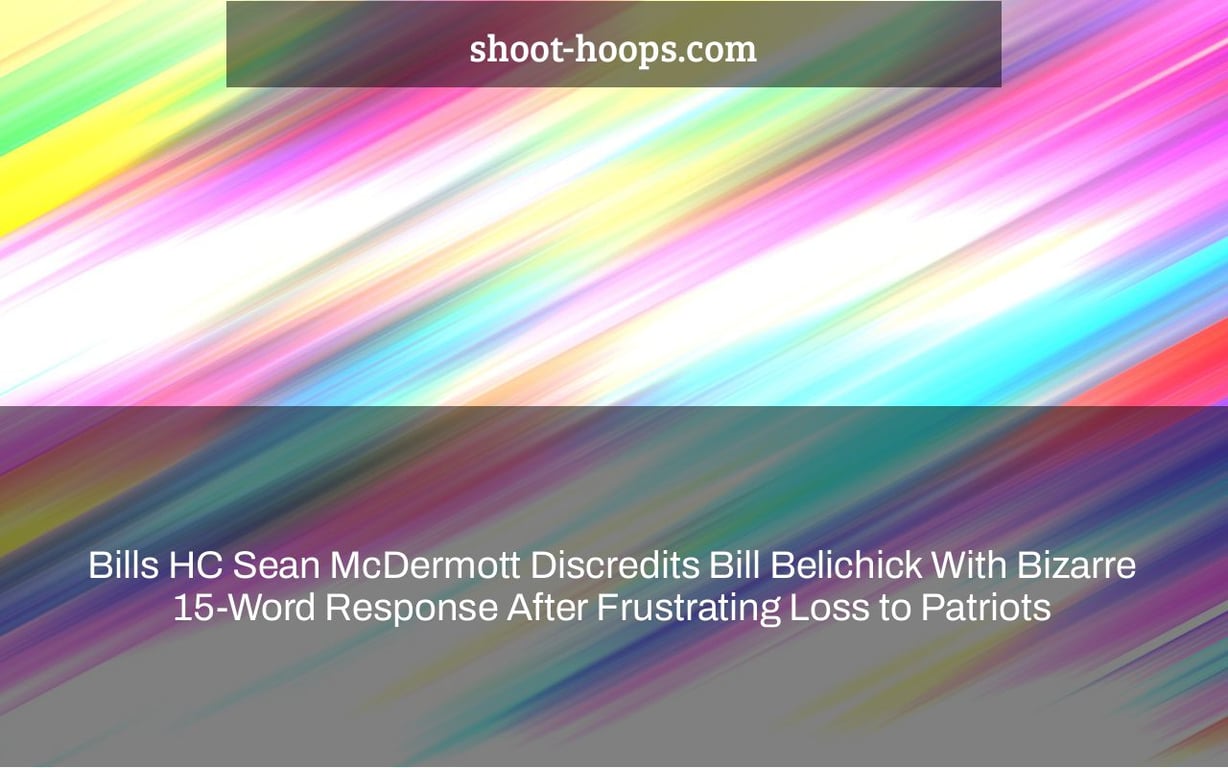 The Buffalo Bills and New England Patriots clashed in a crucial AFC East matchup on Monday Night Football on a chilly and windy evening in Upstate New York. With gusts blowing up to 50 miles per hour, the game proceeded as expected: run, run, run, with a pass or two thrown in for good measure. Despite this, Bill Belichick devised a new game plan and ran all over the Bills, attempting just three passes during the game. It didn’t matter, though, as the Bills were defeated 14-10 in a dismal game.

In an odd news conference after the game, Bills head coach Sean McDermott neglected to give Belichick the respect he deserved.

With 46 running attempts and three passing attempts, the Patriots win this game 14-10. They are still in first position in both the division and the conference. Sean McDermott was humiliated on national television by Bill Belichick.

There are three passes. It was as simple as that.

Mac Jones and the Patriots successfully countered the passing game. On the night, Damien Harris and Rhamondre Stevenson combined for 34 carries for 189 yards.

Despite knowing what was coming, the Bills were unable to halt the Patriots’ rushing onslaught. It’s not like Buffalo didn’t had its fair share of opportunity.

The Bills had two red-zone drives at the conclusion of the fourth quarter and both times came up short. The first came in the form of a Tyler Bass field goal miss, and the second came in the form of a 4th-and-14 pass attempt that Myles Bryant batted down to clinch the deal for New England.

Yes, Belichick and Josh McDaniels devised a flawless game plan, and it paid off as the Bills departed their own stadium with a bad taste in their mouth after yet another disappointing defeat.

Despite again again being horribly outcoached by Bill Belichick, Sean McDermott refuses to give him credit. 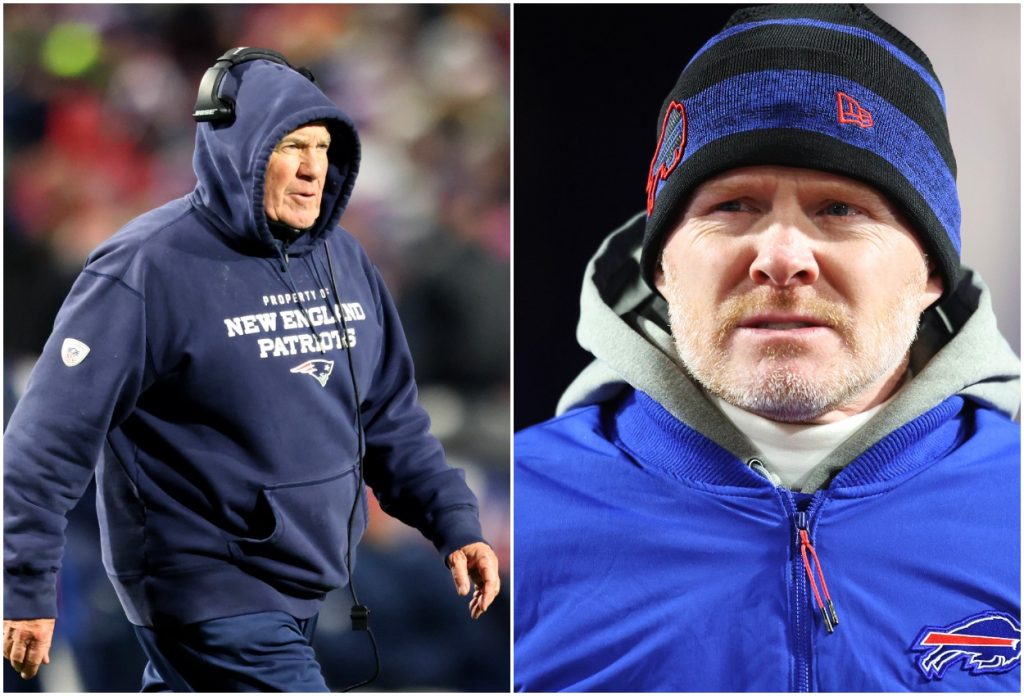 Throughout the game, Belichick and the Patriots stomped on the Bills’ necks. Nonetheless, it worked, and Belichick’s Coach of the Year prospects are improving.

During the post-game news conference, McDermott was obviously upset and delivered an odd response, shifting all credit to Belichick (h/t Matthew Fairburn of The Athletic).

“Let’s not give Bill Belichick any more credit than he deserves in this one.”

Let’s give all the credit to Belichick and his crew for devising a winning plan in retrospect. Sure, the Bills had opportunities of their own that they didn’t take advantage of, but this was pure smashmouth football that Buffalo couldn’t handle.

McDermott then went on to elucidate, and, well, yes.

While McDermott tries to argue that he wasn’t outcoached, the statistics he references here strongly suggests that he was. https://t.co/qOjy65zhCH

Simply put, McDermott got outcoached. There’s no other explanation for it.

The Patriots are back in first place in the AFC, thanks to Belichick’s continued flexing of his muscles against the rest of the league.

Buffalo’s problems against opponents with winning records have continued, continuing a troubling pattern.

The Bills are 0-4 against clubs with a winning record this season.

The Bills simply don’t seem to be able to defeat strong opponents. For the time being, they are still in the AFC playoff picture. However, a 1-4 record against clubs with winning records isn’t exactly promising.

There is, however, some good news for Buffalo. The Bills still have the New York Jets, Carolina Panthers, and Atlanta Falcons on their schedule, in addition to the Tampa Bay Buccaneers and Patriots.

Even if the odds are in their favor, they haven’t fared well against playoff clubs. Something needs to happen — and fast — if the Bills are to have any hope of reaching the playoffs.

Jordan Poyer and Micah Hyde are a safety duo for the Buffalo Bills. After the loss to the New England Patriots, go off on the reporter for asking a ‘disrespectful’ question: ‘What Kind of Question Is That,’ I mean.