Colin Kaepernick, who has been out of work for more than a year, has reportedly received interest from at least five teams in his latest comeback attempt. However, he may still face an uncertain future with the 31 other NFL teams largely uninterested in a player whose controversial protests against racial inequality have cost him considerable support among fans and sponsors. 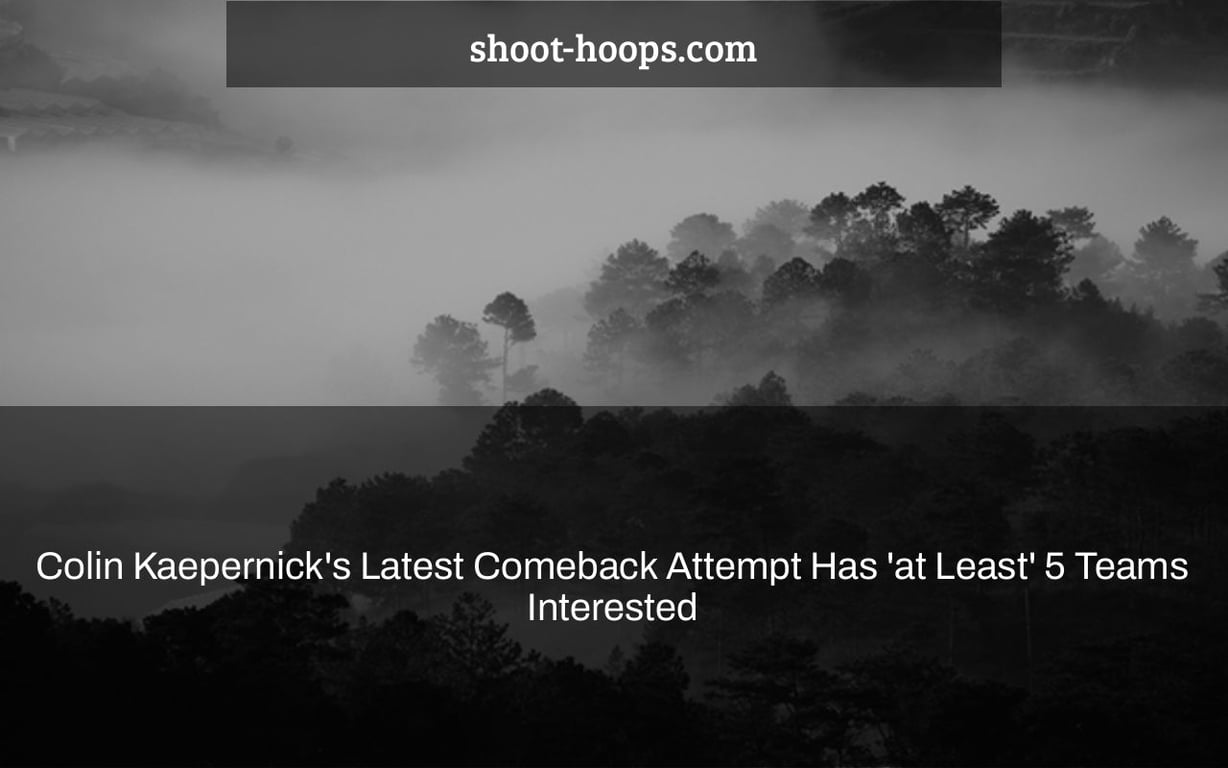 In terms of quarterback movement, the NFL has had one of the most heated offseasons in its history. Russell Wilson, Deshaun Watson, Matt Ryan, and Carson Wentz were all dealt to other teams. After a brief retirement, Tom Brady announced his comeback to the Tampa Bay Buccaneers. All three quarterbacks, Jameis Winston, Mitchell Trubisky, and Marcus Mariota, signed free-agent agreements to be starters.

With so much going on at once, it seemed for a short time that there might be more quarterback-needy clubs on the market than viable quarterbacks. This piqued the curiosity of Colin Kaepernick, who expressed an interest in making a comeback to the NFL.

In the past, the former San Francisco 49ers starter has toyed with the idea of returning to the league. Due to the flurry of quarterback transactions, this offseason seemed a little different.

Kaepernick threw passes to Lockett and other wide receivers, showing to the NFL that he is serious about making a return.

There were no contract offers from quarterback-less clubs after the exercise. However, David Robinson, one of Kaepernick’s trainers, claimed that at least five clubs have contacted him about the quarterback.

According to reports, ‘at least five clubs’ are interested.

Private trainer David Robinson told TMZ.com, “A couple organizations have come out to me and inquired how his arm looked.” “They’ve contacted me and inquired about him.”

Robinson told TMZ.com, “[Kaepernick] obviously has the capacity to play on someone’s squad.” “For example, a number of the men in the session who work for NFL organizations said that his arm is just as powerful as the players we have on our roster right now and that he can play.”

Robinson might just be inflating his client’s profile to garner attention. If we’re going to believe him, it’s worth looking into which clubs would be interested in giving Kaepernick another shot in the NFL.

Colin Kaepernick is being pursued by a number of organizations.

The Seattle Seahawks and the Carolina Panthers are the only two clubs with obvious deficiencies at quarterback right now. It’s logical to think Seattle considered the option since Kaepernick was working out with Lockett.

In the past, the Panthers have demonstrated a willingness to act in a hurry at quarterback. In 2021, they gave Cam Newton a large quantity of money.

The Steelers, Saints, Giants, Texans, Falcons, and Lions are among the clubs who might still be looking for a quarterback. For 2022, all of these teams have quarterbacks penciled in. None of them, however, are franchise-worthy.

Will Colin Kaepernick get hired by the NFL this season? No, most likely not. That ship has most certainly sailed for a long time. It’s always fascinating to hear that organizations are still looking into him as a prospective possibility. An unanticipated injury to a key starter might make Kaepernick a more appealing target.

Colin Kaepernick’s latest comeback attempt has “at least” 5 teams interested. The NFL quarterback is still unsigned and recently filed a grievance against the league for collusion. Reference: colin kaepernick wife.

Colin Kaepernick ‘Still Hoping That Door Is Open’ With Seahawks

Jerry Jones Should Be Embarrassed After Massive Tyreek Hill Trade