The Boston Celtics just lost their third legendary coach in 14 months, and Larry Bird once compared the two he played for. The team is struggling to find consistency with all of these changes, but will it be enough to stay competitive? 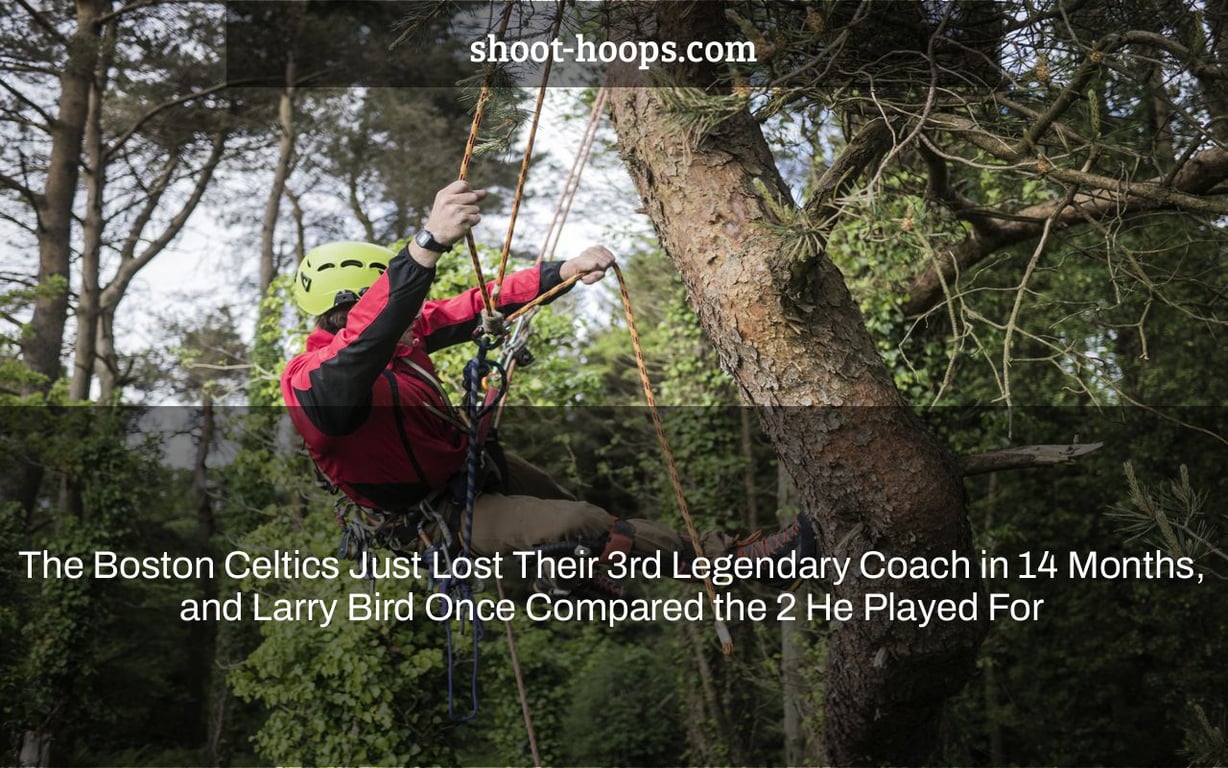 Bill Fitch, the longtime coach of the Boston Celtics, died on Wednesday at the age of 89, dealing another blow to the team’s family. In the previous 14 months, the Hall of Fame coach has become the third iconic Celtics coach to die away. Tommy Heinsohn died a month before K.C. Jones died on Christmas Day 2020.

Larry Bird was a member of both Fitch and Jones’ teams. He once made a comparison between the two, calling Fitch a perfectionist.

The Boston Celtics released a statement upon Bill Fitch’s death.

The Boston Celtics’ Bill Fitch chats with his players during a break during an NBA basketball game versus the Washington Bullets at the Capital Centre in Landover, Maryland, in 1980. | Getty Images/Focus on Sport .

Fitch was a two-time Coach of the Year who spent four seasons with the Celtics, winning the title in his second season. He coached Larry Bird when he was a rookie and then led the club to a championship in 1980-81. The Boston Celtics claimed in a statement that it was Red Auerbach who thought Fitch was the appropriate guy to take Bird under his wing.

“The Celtics had suffered the two worst seasons in the team’s history,” the statement said, “coming off of a 29-win season in 1979.” “However, a talented youngster called Larry Bird was on his way, and Red Auerbach recognized that the club was at a crucial juncture. Bill Fitch was hired as the head coach, and Red, as was so frequently the case, made the perfect decision.

“With his in-depth understanding of the game, tenacity, and caustic humor, Fitch was a natural match for Boston and the Celtics.” Fitch had already established a reputation as a turnaround artist, and his ability to get the greatest performance from his players paid off immediately, as Fitch managed the biggest turnaround in NBA history, leading the team to a 61-21 record.

“An offseason deal brought Robert Parish and youngster Kevin McHale to Boston, where they joined Bird and Cedric Maxwell to create a formidable frontcourt that helped Fitch lead the Celtics to their 14th title in 1981 and laid the groundwork for the team’s great championship run in the 1980s. In four years as the Celtics’ head coach, he went 242-86 with a.738 winning %. In 2019, Fitch was inducted into the Naismith Memorial Basketball Hall of Fame.

“As we honor his legacy, the Celtics family mourns his passing.”

Bill Fitch was once likened to K.C. Jones by Larry Bird.

Fitch was the one who gave Bird permission to play. The rookie out of Indiana State has no restrictions. Bird was asked what the difference between Fitch and Jones was during his playing days.

“Well, K.C.’s a little more laid back than Coach Fitch was,” Bird said during the 1983-84 season in a YouTube video put out by NBA History & Legends on CLNS. “I felt Coach Fitch was an excellent basketball coach, one of the best I’ve ever played for. He knew the game in and out, and he worked very hard.

“K.C. is the type, highly knowledgeable, and has spent his whole life in the game. I’ve always admired and admired both of them. Last year’s departure of Coach Fitch was heartbreaking, but now we have K.C., and I’m really pleased with him.”

Fitch, according to Bird, was more “demanding” than Jones.

“They’re both winners,” says the narrator. To win a championship, you need a lot of skill, a lot of pride, and a lot of collaboration. Coach Fitch was a harsh guy who just wanted results, and he got them almost every time.

“I respect both of them more than anybody I’ve ever worked with.”

In 2019, Fitch was inducted into the Baseball Hall of Fame.

The NBA mourns the passing of Hall of Fame coach Bill Fitch, an NBA champion with the Boston Celtics and a two-time Coach of the Year. Bill served 25 seasons as an NBA head coach and mentored countless players and coaches. Our deepest condolences go out to his family and friends. pic.twitter.com/39TOkCTOwQ

Bird and Fitch collaborated nicely and went straight to work. The Celtics finished 29-53 the year before Fitch arrived in Boston. He and Bird guided a team to 61 victories in Bird’s first season and a title the following year.

Fitch coached the Cleveland Cavaliers for the first nine years of his tenure, collecting a 304-434 record.

Fitch was noted for his ability to turn around franchises. When he departed Boston, he signed with the Houston Rockets for the 1983-84 season, and in his first year, he raised the team’s victory total by 15 points. He led them to the NBA Finals two years later, when they faced Bird and the Celtics.

Fitch was also instrumental in the restructuring of the New Jersey Nets and the Los Angeles Clippers. He concluded his career with a 944-1,106 record.

RELATED: Larry Bird said the Boston Celtics’ continued success hinged on one player — and it wasn’t him — after winning three consecutive MVP awards.

The “larry bird net worth” is a question that has been asked by many people. Larry Bird once compared the 2 he played for, while one was legendary and successful, the other was not.

Who were the Celtics Big 3?

A: Bill Russell, Larry Bird, and John Havlicek were the Celtics Big 3.

Who was on the Celtics team with Larry Bird?

When did Larry Bird decline?

A: Larry Bird died in 2009, so he was not around when the Celtics won their 8th consecutive title.

Dying Light 2: Where to Find All Electrical Substations